Leading up to ElevatEd: Education and the Economy, the Holdsworth Book Club is highlighting compelling books written by the conference’s dynamic lineup of speakers. This month, our staff reviewed Richard Reeves’ Dream Hoarders: How the American Upper Middle Class is Leaving Everyone Else in the Dust, Why That Is a Problem, and What to Do About It. If a family makes more than $112,000 per year, they’re among the top 20 percent of Americans in terms of income. According to Richard Reeves, that means they’ve got it pretty good.

In Dream Hoarders, Reeves presents a controversial argument that, without realizing it, they are likely hoarding opportunities in ways taken largely for granted — such as social connections that lead to great internships, support with tuition, legacy admissions and help buying homes located in great school districts.

Reeves argues that these practices, however benign they may seem, are widening the gap between socioeconomic levels, making it less likely those in the bottom 80 percent will ever achieve the American dream.

We all know the dream by heart. It’s part of the American psyche, the story we tell about ourselves.  That even if you grow up poor, you can apply yourself in school, work hard and grind your way up the ladder to reach a land of plenty where lawns are neatly mowed. According to Reeves, that dream can be a mirage for Americans in the bottom 80 percent.

“As inequality between the upper middle class and the rest grows, parents will become more determined to ensure their children stay near the top. We will work hard to put a ‘glass floor’ under them, to prevent them from falling down the chutes. Inequality and immobility thus become self-reinforcing.”

Reeves’ extensive research and data show that those in the top tier are pulling further away from the rest of America on five fronts: income and wealth, educational attainment, health and longevity, family structure and geography. The top 20 percent are typically college-educated, their children are college-bound, and they live in more affluent neighborhoods with excellent public schools. They pass on to their children these advantages that help their families build on the gains of previous generations. And who could blame them?

Reeves begins by holding a mirror to his own status.

“It is about time those of us in the favored fifth recognized our privileged position. Some humility and generosity is required. But there is clearly some work to do in terms of raising awareness. Right now, there is something of a culture of entitlement among America’s upper middle class…we feel entitled to our position since it results from our own merit: our education.”

He suggests potential solutions such as barring legacy admissions, which would require the top 20 percent to make access and opportunity fairer for the 80 percent beneath them. Even strategies that seem to help those in need without hurting others, such as investing in early childhood education, home visiting programs for new mothers or pairing the best teachers with the students most in need would likely require incremental funding.

Reeves’ premise and solutions are not without their critics. In a review of Dream Hoarders, the Washington Post claimed Reeves has the story “almost backwards.”

“As a society, we should try not to restrict the upper middle class, but to expand it. In general, it’s doing what we ought to want the rest of society to do. Its marriage rates are higher, its out-of-wedlock births are lower, its education levels are higher. As for parents, why make them feel guilty for wanting to help their children? What are parents for, after all? To be sure, there are (and will be) excesses and examples of undeserved privilege — brats. Life is messy. But let’s not blame the struggle of the lower middle class and poor on the success of the upper middle class. The two are only loosely connected, if at all.”

Is the American dream really fading? Many researchers agree that it is, and Reeves is one of several voices diving into the debate over the best way to preserve and expand opportunity for all Americans, no matter where you were born or how much money your parents make.

Interested in learning more from Reeves? Register to attend ElevatEd: Education and the Economy on June 4 at Southern Methodist University in Dallas, a thought-provoking conference with an inspiring lineup of speakers. Space is limited so register today.

Disclaimer: The views, information, or opinions expressed by ElevatEd panelists and speakers are solely those of the individuals and do not necessarily represent those of The Holdsworth Center. 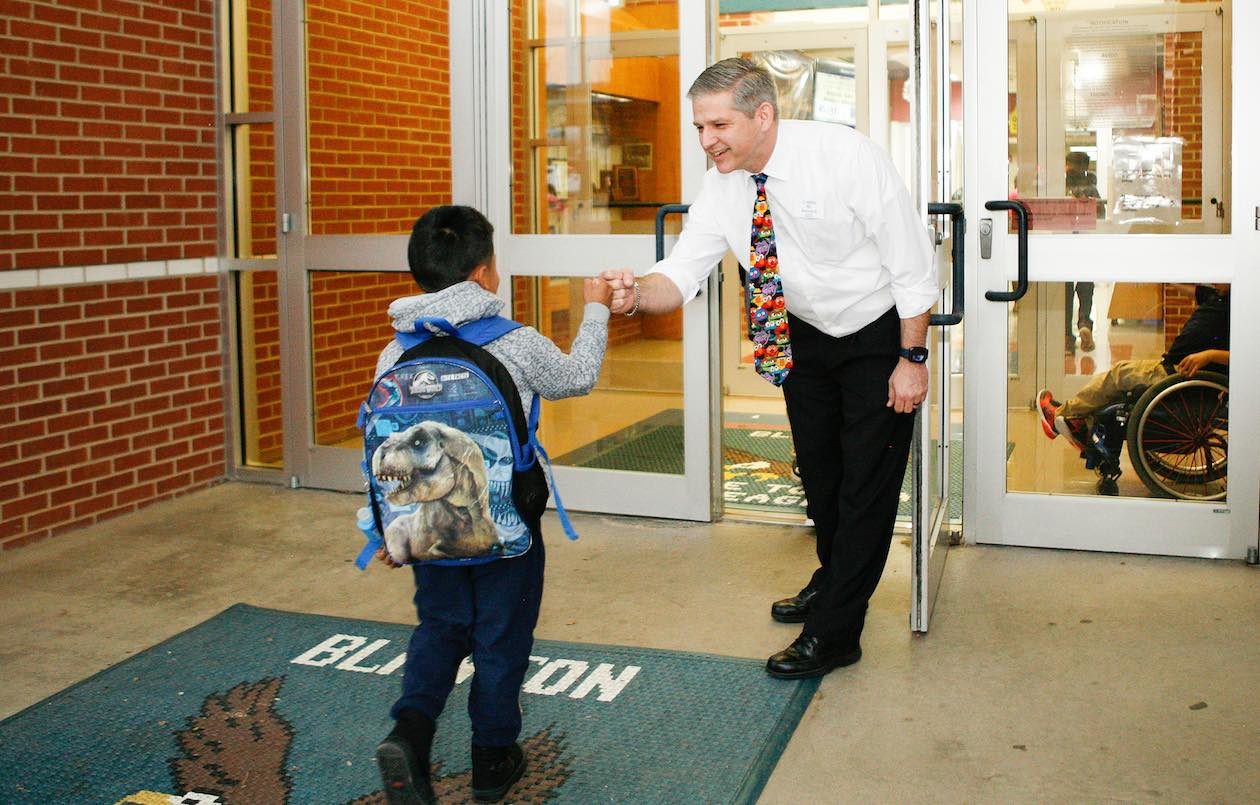