By Dr. David S. Yeager, Associate Professor of Psychology at The University of Texas at Austin|October 24, 2019 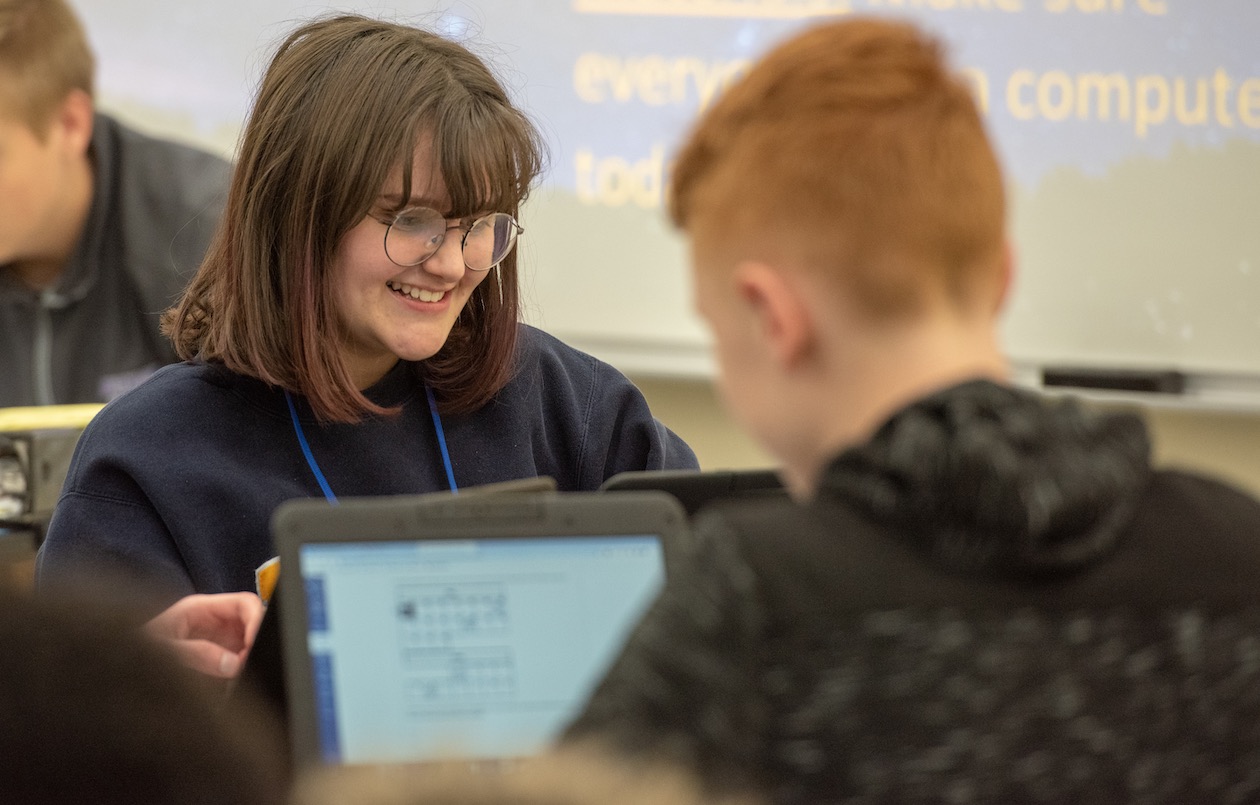 This is the first in a two-part series. Next month, David will address next steps in the journey to learn more about how teachers are using growth mindset to drive excellent and equitable results for students across America.

When students start high school, everything is new and they’re trying to make sense of it all. When it gets tough, students ask themselves, “Is this normal? Or is something wrong with me?”

Struggle is not only normal; it can be good. The human body is designed to learn from struggle. In our evolutionary history, we would not have survived as hunter-gatherers if we threw up our hands and said, “I guess I’m not a good spear thrower” every time we missed our mark. Yet every day across the country kids are saying to themselves, “I guess I’m not a writer,” or “I guess I’m not good at math” every time they fail a test or struggle with an assignment. This mindset seriously undermines students’ ability to learn and get ahead.

Contrary to popular stereotypes, the teenage years are some of our most resilient. Adolescents rise to the challenge when they’re in environments where leaders, teachers and peers support them to take risks and learn from mistakes.

And we’ve got the data to prove it.

Appearing in the September edition of “Nature” were the results of a study I led with a team of researchers about inspiring 15-year-olds to do well in high school. We tested a concept so popular it’s become a household word – growth mindset.

Why would this study be published in Nature, the world’s premier scientific journal and home to breakthrough research on the DNA double helix and Stephen Hawking’s theory of black holes?

Because the results were so powerful. And because improving the health and well-being of adolescents is one of the most significant scientific challenges of our time.

We found that two 25-minute online modules explaining to high school freshmen that intelligence is not fixed, and that they can get smarter by putting in more effort and trying different approaches, had the power to improve grades for lower-achieving students and increase enrollment in advanced math courses for both lower and higher-achieving students.

To put that in perspective, a free module that’s delivered online and takes less than an hour to complete was found to be as effective as some of the largest, most costly interventions in education to mitigate failing grades.

For such a small investment of both money and time, the effects are striking. And the science behind them comes from the strongest kind of study we could imagine. Along with Carol Dweck, my mentor and the Stanford psychologist who first developed growth mindset theory, we designed a kind of study that had never been conducted before.

The National Study of Learning Mindsets is the first ever in the field of education science to study a random, representative sample of students across the nation – 12,000 9th graders in 76 schools. In addition, we made our hypothesis public in advance and hired two outside research firms to collect and analyze the data.

In education, where fads come and go every year, this is a breakthrough.

Studying a nationally representative sample of schools and students is expensive and difficult to execute. Usually, this means scientists rely instead upon hand-picked sets of schools, usually close to a university or in a large urban or suburban district where data is easily accessible. Unfortunately, researchers have been far too comfortable scaling up their insights to districts that look nothing like those where the programs were originally tested.

But for a concept as popular as growth mindset, it was important to be more scientific. We needed a study that could either contradict past research or confirm the benefits of growth mindset, whichever emerged as the truth.

After years of analysis and data processing, the power and potential of growth mindset emerged loud and clear from the data. But the most interesting result was not where growth mindset appeared to be making an impact, but where it was not.

Prior to doing the study, we didn’t know the answer to this question: Will the online growth mindset module work better in schools where it compensates for a lack of growth mindset support from teachers, leaders and peers? Or would it work better in an environment that’s already supportive?

We found the latter to be true, especially for low-achieving students. In supportive contexts, the online module reduced D-F averages by eight percentage points, one of the largest effects for that outcome ever published. And that outcome matters a lot. For instance, schools across the country use 9th grade D/F average rates as an “on-track” indicator that goes into accountability calculations.

To measure each school’s level of support for growth mindset, I worked with Angela Duckworth, author of the book “Grit,” to design an activity that would gauge students’ appetite for taking on challenging work. We asked students to build their own math worksheet and labeled some problems as difficult and some as easy. They may not get the difficult ones correct but would learn something, they were told. The easy ones would generate correct answers, but the students would not learn anything. The students’ choices served as a proxy for how much their environment encouraged growth mindset.

Growth mindset, it turns out, is not like Jack’s magic beans. The development of new mindsets was not sustained in infertile soil. Now we know something important. We must first nurture the soil by creating a supportive environment where students are encouraged to take risks, make mistakes and learn from them. In this kind of rich soil, the small act of planting a seed can seem miraculous—an intervention under an hour reducing high school failures by a significant amount.

These findings lead to the next phase of research. We want to know: What are leaders, teachers and parents doing to nurture the soil? How can we help schools build supportive environments? I will dig into this topic more in a later blog post.

For educators wanting to know how our findings fit into the bigger picture at their district or school, my top takeaway is this: Growth mindset is not a replacement for all the other things you are doing to strengthen instruction. Instead, it is more like a catalyst in a chemical reaction. All the good pedagogical improvements educators are making are like the substrate. Drop in a little catalyst and the reaction will go orders of magnitude faster.

Why not do something small that can increase return on the investments you’ve already made?

For more resources and to access the free online module, visit PERTS.net.

David Yeager is an associate professor at the University of Texas at Austin Population Research Center and was formerly a middle school teacher in Tulsa, Oklahoma. He is the principal investigator of the National Study of Learning Mindsets and co-founder of the Mindset Scholars Network. He has no financial interest in growth mindset products or companies.